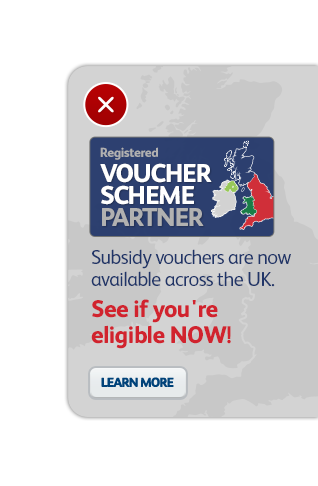 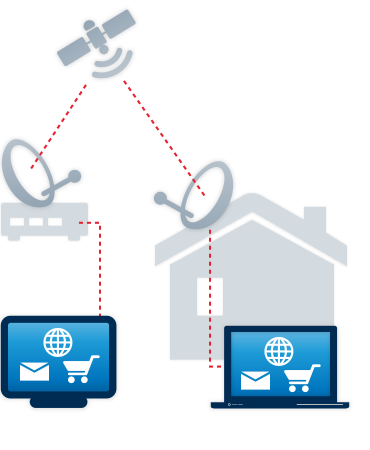 Through the air rather than under ground cables

Rather than use an underground copper/fibre network like BT, satellite broadband operates by sending and receiving your broadband signal to a satellite about 22,000 miles in space. Because the satellite sits high up in space, it can provide equal quality of coverage to every home or business in its footprint. That’s why the satellite broadband services that we offer are available across the whole of Europe.

Download and upload from dish to satellite and back again

When you are using broadband inside your home, what’s going on outside is pretty irrelevant. In much the same way as the broadband using copper or fibre is buried and out of sight, the satellite broadband signal is similarly invisible.

From email to video-conferencing and everything in-between

Because your broadband signal does travel to and from the satellite, some internet applications work differently over satellite than they do on a copper/fibre network. Typically the more data being sent either way, the better the system performs. Hence latency has the least impact on applications like file downloading (eg. films, photos etc) and streaming but these applications do use data allowances very quickly. At the other end of the scale, it is online gaming where typically the latency does spoil the fun and is the one area that we do not recommend satellite broadband for. Everything else from email to internet and social media to VoIP typically perform. 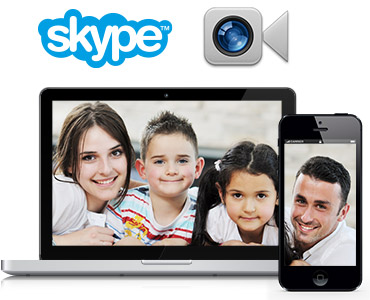 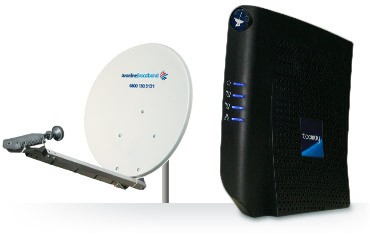 If you own or have seen a Sky TV satellite dishes then you can picture satellite broadband.

For a standard installation,everything's usually complete inside a couple of hours with minimal disruption and no mess. Your engineer will provide a full demonstration of your new equipment and won't leave until you're completely satisfied.

Check out what our satisfied customers say here.

Avonline Broadband has helped more people than any other provider to get connected to satellite broadband in the UK.
Please call us on 01869 222 895 to speak to our call centre.

Or request a call back by leaving your name and number.